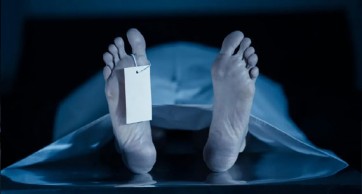 Hyderabad, Aug 17 (IANS) A 31-year-old software engineer was found dead under suspicious circumstances in his flat in Hyderabad, police said.

The incident occurred at Puppalaguda in Alkapur Colony under Narsingi police station of Cyberabad police commissionerate.

According to police, Bhargava Reddy was staying with two friends Sai Sandeep and Jaswant in the same flat.

Sandeep and Jaswant had gone to the village a few days ago. Sandeep returned to Hyderabad on Tuesday. When he knocked at the door, there was no response.

With the help of a watchman of the apartment building, he entered the flat through the chimney and found Bhargava Reddy lying dead in the flat.

Police rushed to the scene and shifted the body for autopsy. A police officer said they registered a case of death under suspicious circumstances and took up further investigation.