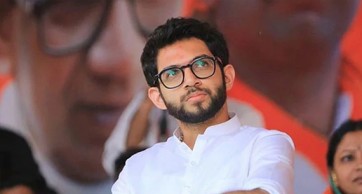 Hyderabad, June 15 (IANS) All India Majlis-e-Ittehadul Muslimeen (AIMIM) has not been invited by West Bengal Chief Minister Mamata Banerjee to the meeting of opposition parties to discuss the strategy for the Presidential elections in Delhi on Wednesday.

The Trinamool Congress leader has invited 22 political parties to the meeting but ignored AIMIM.

The presidential elections will take place on July 18 and the results will be declared on July 21.

Like Telangana Rashtra Samithi (TRS), which is staying away from the meeting because of the invitation extended to the Congress party, AIMIM is also strongly opposed to sharing any platform with the Congress.

The Hyderabad-headquartered party AIMIM has two Lok Sabha members, one each from Telangana and Maharashtra and 14 MLAs -- seven in Telangana, five in Bihar and two in Maharashtra.

AIMIM had contested the Assembly elections in West Bengal last year but failed to open its account.

However, the party's entry into the electoral scene had drawn the ire of Mamata Banerjee.

She had alleged that the AIMIM was on BJP's payroll to divide the minority votes in the Bengal elections.

Meanwhile, the AIMIM leaders said they have not taken any decision on the Presidential elections. The party is expected to take a decision after the opposition parties decide on a common candidate.

Last week, AIMIM voted for Maha Vikas Aghadi (MVA) in the Rajya Sabha elections in Maharashtra. The party said it took the decision to defeat the BJP but made it clear that their political and ideological differences will continue with Shiv Sena which is heading the MVA and has the Congress and the Nationalist Congress Party (NCP) as the partners.